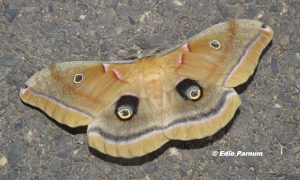 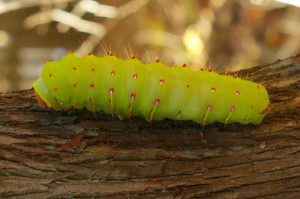 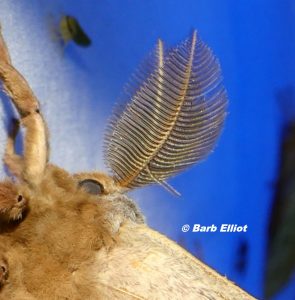 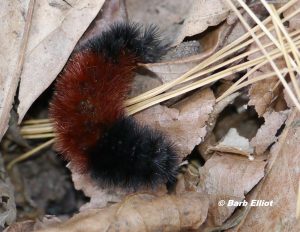 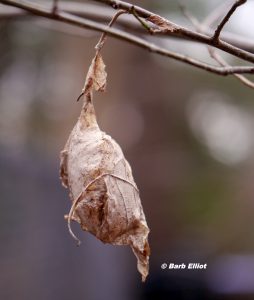 A Polyphemus moth cocoon could spend the winter in your own yard. Never mind the cold.  Go out into your yard and examine the bare branches of your native trees and shrubs. In 2012 Barb Elliot found a Polyphemus moth cocoon on a Spicebush twig.  She told her story on our blog: https://backyardsfornature.org/?p=87, “A Magnificent Moth”.  Maybe you, like Barb, can find a Polyphemus or other cocoon. At all times of the year, we can look for signs of nature, both active and dormant, in our backyards.